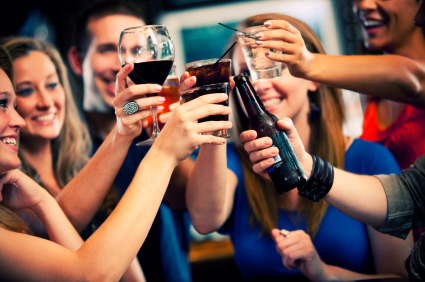 New Social Media Website to Focus on People and Conversations
Chicago, IL - March 29, 2011
An early weekend launch is expected for a new social media website called GeoClique. GeoClique is a site that is driven completely by what its users want. Based on feedback from other social media services, its founders have put together a stripped-down service that allows its users to get right down to talking with friends, avoiding all of the unnecessary games and competition that is often found on various other social media sites.
As the name suggests, GeoClique will attempt to target a global community of users who are looking to build meaningful relationships with their online friends everywhere. On launch weekend, the service will support a full user stream with 3 privacy levels: public, friends, and trusted. The public option allows anyone to see whatever status is posted, the friends option allows only mutual friends to see status updates, and the trusted option allows users to hide certain types of status updates from friends who might not be as well known as others. Subsequent site updates will eventually include location-based features for checking into venues and commenting on these checkins. Mobile platforms will be supported by way of standard web browsing. Native applications for iOS4 and Blackberry are in progress and private beta testers already have the iOS application in their hands today.
The founders of the new service started collaborating on the site as far back as January 2010 when a former favorite web hangout began making radical changes that were found highly unfavorable to a large body of its users. This change in direction prompted the creation of a framework that would later become the basis for GeoClique. Following a lengthy hiatus in development, work began again in December 2010 to enhance the existing codebase into the service offering that is launching this weekend.
About GeoClique:
GeoClique is a web-based creation of Brian Richmond (aka "webguyatwork") and Chris Hallgren (aka "challgren") and is based out of the Chicago, IL area. Our founders bring a combined 20+ years of experience with web and database development along with several years of social media expertise into the Geoclique experience. Brian holds a Bachelors degree in Computer Science from Governor's State University in University Park, IL, and Chris holds an Associate's Degree in Applied Science in Emergency Medical Tech - Paramedic, and is currently working on an Associate's Degree in Applied Science in Computer Information Systems.
Contact: